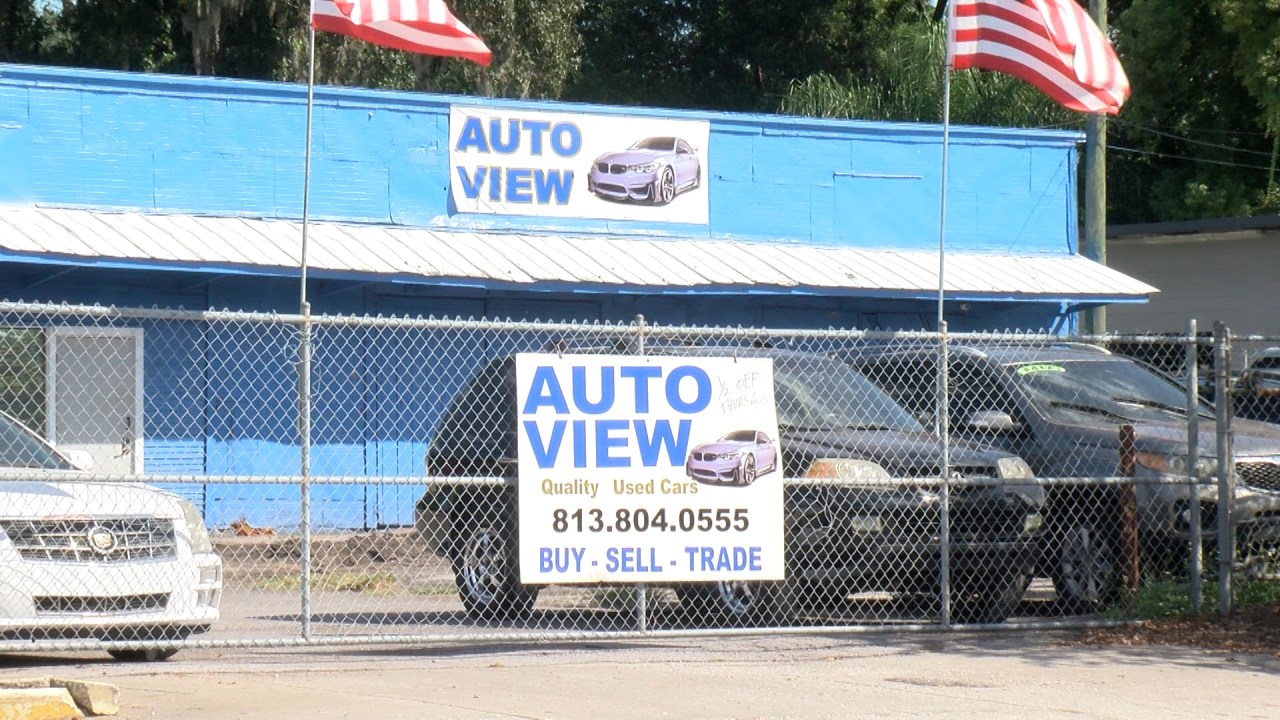 TAMPA, Fla. (WFLA) — Auto View, LLC, an auto dealership at the center of a Better Call Behnken investigation, is now facing an administrative complaint, filed by the Florida Department of Highway Safety and Motor Vehicles.

The 20 counts include selling vehicles with more than 100,000 miles more than expected, charging a customer $435 for title and registration when the actual cost was $158.35, and the repeated failure to transfer title within 30 days of sale as required by Florida law.

Pasco woman gets $5,000+ deposit back after car is repossessed despite never leaving dealer lot

Manager Ahmed Abuelenen told consumer investigator Shannon Behnken he was unaware of the complaint, but said the allegations were not true.

“We’re not interested in talking about the news because it’s not real news, it’s fake news,” Abuelenen said.

The owner of the record since June is Kevin Santiago. He did not return requests for comment. Abuelenen said he would forward our request for comment on the state’s complaint.

Lakeland woman left without a car after tow truck hit her

One of the complaints may sound familiar. Better Call Behnken told you about Chloe Annamanthadoo. She ended up losing her $5,200 deposit even though the car was repossessed before she got it home.

As for these new allegations:

” I do not know. We don’t do that,” Abuelenen said of the odometer issues. “It’s illegal.”

We don’t know what happens next. The State’s complaint indicates that it intends to proceed with one or more of the following: suspension or revocation of the dealer’s license or a fine.

Submit to 8 on your side