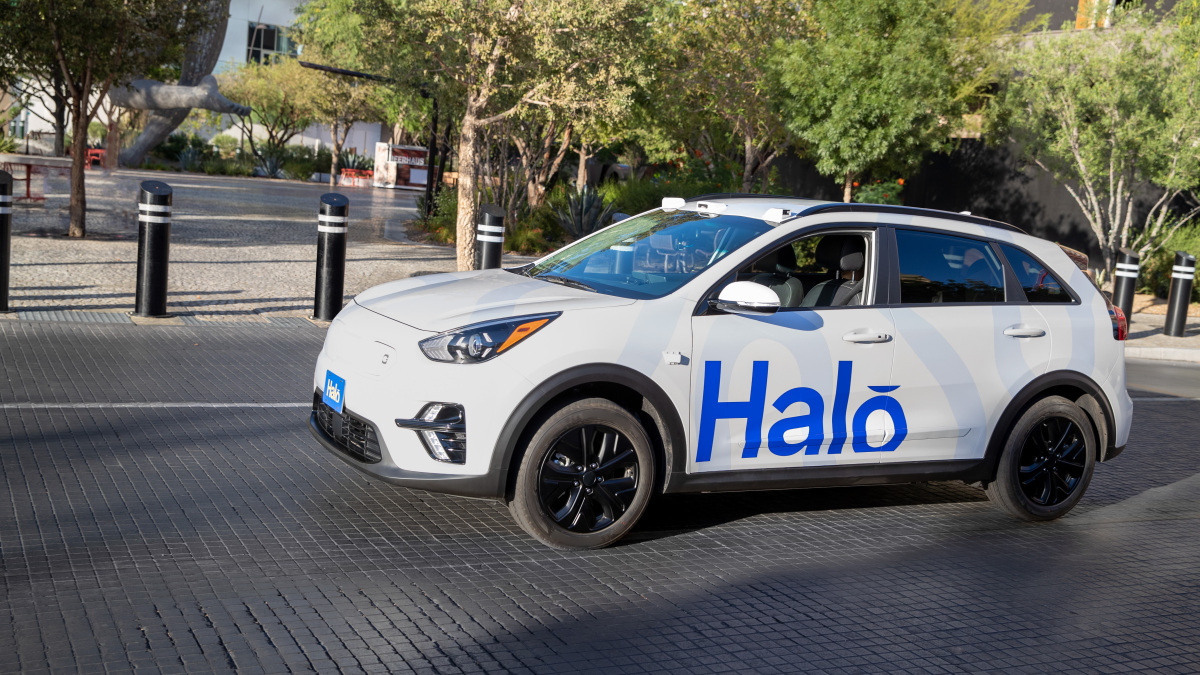 Never park again? It’s the future the Halo team wants you to imagine with its new app-based ridesharing service, which provides the user with a car, lets them drive where they need to go, and then drives the car away via the remote control.

The T-Mobile-backed company announced Thursday plans to launch in Las Vegas later this year. Its system of nine cameras, radars and ultrasonic sensors will be integrated into a fleet of modified Kia Niro electric vehicles. So far, the remote control cars have been tested on the streets of Las Vegas.

Halo’s technology is different from other self-driving car platforms such as Waymo, Cruise and Zoox. Instead, imagine something more like a mix between Uber, Waymo and Zipcar, with a human operator controlling the vehicle remotely when you’re not driving it. Pricing hasn’t been set yet, but it should be competitive with ridesharing and ridesharing apps.

Halo CEO Anand Nandakumar envisions users ordering a car through his app and waiting for the driverless Kia (or other models in the future) to head towards the passenger. Instead of a rideshare or self-driving car with a safety driver in front, what appears is an empty car, albeit driven by an operator seated at a remote control center, monitoring the road at through the car cameras. With the launch of Vegas, operators will also be in Vegas. But if the Halo concept develops, some operators might be driving cars in a different state.

Once the passenger is in the car, he takes over the driving. Using Halo becomes almost like a normal car rental experience, with no self-driving assistance. Once at the destination, the car switches back to remote mode and the operator starts it again. To someone passing by, it looks like the car drives itself.

“The car disappears,” Nandakumar explained in a recent phone call. “You don’t have to worry about parking.”

Nandakumar sees this expanding beyond Las Vegas and into other urban and suburban areas, and said he sees it as an intermediate step on the road to full autonomy. “It will be a bridge to get there,” he said.

He fears that level 4 and 5 technology (these are cars that don’t need a human driver, not even remotely) will take too long to arrive, and that public trust and understanding of the autonomous vehicles are too weak.

A study last month of 1,000 Americans by Lynx Software Technologies found that 80% trusted a human driver over a self-driving driver. Halo hopes to attract that 80% with its mix of remote operations and human driving.

To provide the data needed for all this remote control, T-Mobile uses its 5G wireless network with Halo, which was developed in the telecommunications company’s 5G Open Innovation Lab. Remote access requires hyper-connectivity with minimal latency, as even a second of lag can be potentially catastrophic when the remote operator is maneuvering tightly in traffic.

John Saw, senior vice president of advanced and emerging technologies at T-Mobile, called the Halo partnership “a unique 5G deployment.” It’s different from, say, high-speed network access on a cell phone, which is how most people interact with the new broadband network.

Halo with its remote pilots will “eat a lot of data” as noted by its CEO. But at least you won’t have to drive around the block looking for parking.