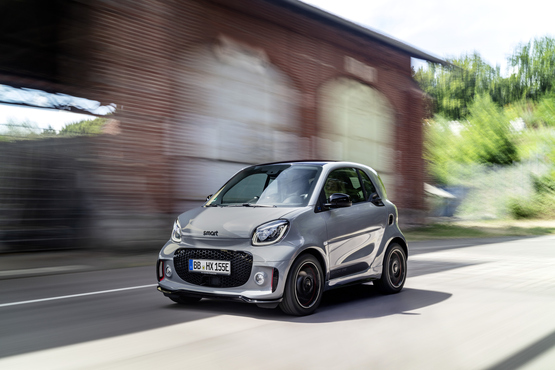 The supply of new electric vehicles (EVs) to UK dealers is at risk due to a lack of financial incentives, compared to other European countries.

Auto Trader warns automakers could choose to focus on countries where electric vehicle sales are more profitable, such as France and Germany, where government support is up to three times higher.

Ian Plummer, Chief Commercial Officer of Auto Trader, said: “The government’s current approach of looking for sticks instead of carrots could have serious consequences for the mass adoption of electric vehicles.

“The UK has set an ambitious target for widespread use of electric vehicles, but the incentives in place to help drive this change are anything but! The grants on offer do little to overcome the significant cost barrier that prevents many drivers from making the switch.

“This, together with the decision to favor regulation rather than incentives, could make the problem worse by encouraging investment from manufacturers elsewhere in Europe.

“Ministers must seize the opportunity to address this, if the UK is to have any hope of meeting its 2030 deadline. Increased UK grants will help remove the cost barrier for many families who work hard, driving the demand needed to make the country’s auto market competitive and attractive to automakers.

The EV subsidies available to consumers in Europe are three times greater than those available to Britons, with Germans receiving on average £5,000 more than motorists in the UK.

Most European countries have set less ambitious targets than the UK for ending petrol and diesel sales, but the measures they have in place to drive uptake of electric vehicles are more substantial, which will help make electric vehicles more affordable, according to Auto Trader.

While more EVs are being introduced in the UK, there are currently only four priced below £20,000, all of which are either superminis or city cars. Many electric vehicles currently cost £10,000 more than a petrol or diesel equivalent, and with 38% of consumers recently saying in a survey by Auto Trader that the upfront costs of electric cars were a major barrier to input, this poses a major problem. mass adoption problem.

The Smart EQ ForTwo (pictured) is the cheapest electric vehicle currently on sale, priced at £19,200.

These initial cost concerns are likely to explain why interest in electric vehicles is currently coming almost exclusively from the UK’s wealthier postcodes. Six of the top 10 EV hotspots are in affluent areas of London, including Putney and Kensington. Compared to the average car buyer, those most interested in going electric are twice as likely to have a household income of £75,000 or more.

The government aims to phase out internal combustion engines by 2030, but the already limited financial incentives have recently been reduced and will be removed before they have had a chance to really take effect. In December, the government reduced the Plug-in Car grant from £2,500 to £1,500 and the value of vehicles eligible for finance assistance increased from £35,000 to £32,000. The scheme is due to end in 2023 and the tax benefit in kind for company car drivers is due to end in 2025.

The changes go against calls from the Society of Motor Manufacturers and Traders (SMMT) for more support for potential electric vehicle buyers in a subsidized model that could mirror successful programs operated in Norway and Germany.