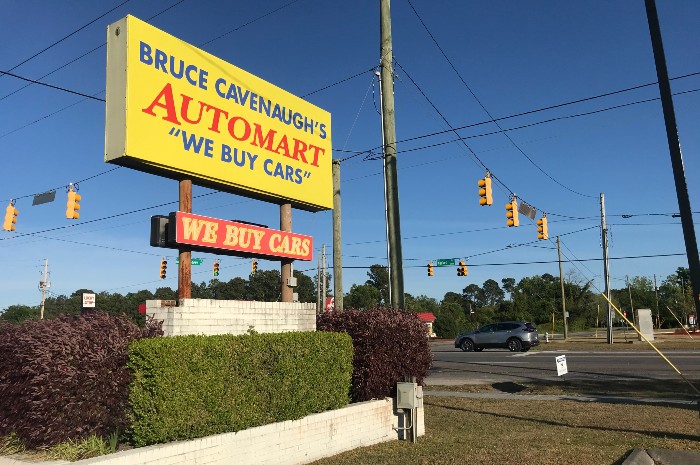 Longtime Wilmington auto dealer Bruce Cavenaugh recently sold his Market Street property to national company DriveTime and is pulling out of the business.

Cavenaugh, a Wilmington native who turns 70 in August, started selling cars in the port city in 1973, he said, starting his own business in 1990.

In the midst of the Great Recession, Cavenaugh closed his dealership for six months in 2009 before reopening.

Of his time at the helm of Bruce Cavenaugh’s AutoMart, 6321 Market St., Cavenaugh said, “I really enjoyed the people. You can meet the full range of people.

At its peak around 2006, Cavenaugh’s business had 105 employees, but only had four this week as it prepared the 4,400-square-foot building on the Market Street property for its new owners to take over. relay Friday. All of Cavenaugh’s cars have been sold.

“It’s actually the best I have ever seen,” Cavenaugh said of the current demand for used cars. “The reason is that the manufacturing had to slow down the production of new cars [because of COVID-19]. It was really easy for me to sell all of my inventory and retire.

Part of his retirement plan involves playing golf and traveling.

DriveTime, an Arizona-based used car dealer, is expected to add 11,000 square feet to the existing building at 6321 Market St., said Kevin Jankunas, director of real estate for DriveTime, which has 127 dealerships in the United States.

Company officials are considering potential opening in August or September

DriveTime bought the property from the Cavenaughs on April 19 for $ 2.3 million, according to property tax records.

November 17, 2021
Growing up with a car dealership dad had its perks and pressures