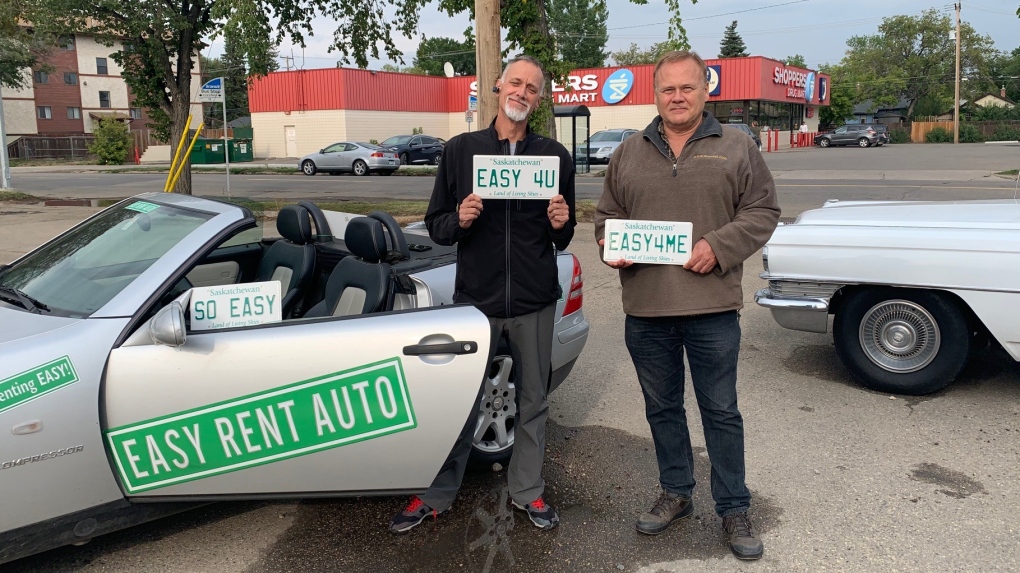 Demand for rental vehicles has increased dramatically as COVID-19 restrictions have eased across Canada, and a Saskatoon car rental company says it is feeling the heat.

Easy Rent Auto has around 50 cars in its fleet and has nothing left to rent, according to Lockwood.

With some rentals starting at $ 15 a day, the company is also seeing more and more people extending their rentals from one week or two weeks to several months.

“We’ve been locked up for how long, you want to go out and go and then when you’re on the road, they just seem to want to keep going. So I can’t blame them. People come out, enjoy and breathe, â€Lockwood told CTV News.

Lockwood said he had started to see this increase in demand over the past three to four months and was showing no signs of stopping.

According to Associated Canadian Car Rental Operators, many companies sold their fleets at the start of the pandemic due to declining customer demand and are now struggling to source vehicles to meet increased demand.

This is due to a global shortage of semiconductor chips needed to produce new vehicles.

“It is very likely that the industry’s fleets are down 15-20% from what they would normally be this time of year,” said Craig Hirota, vice president of government relations and member services at Associated Canadian Car Rental Operators, in a statement to CTV News.

As a result, Hirota said it also skyrocketed the price of rental vehicles.

â€œThe current pricing of available rental vehicles reflects the imbalance between demand and supply. Right now, with the industry hoping that the availability of new vehicles will be resolved sooner, many automakers predict that supply chain issues will affect production through 2022. “

Vaughn Wyant, CEO of the Wyant Group, which operates about 18 car dealerships in western Canada, said he has seen the effects of this situation firsthand.

â€œWhat we’ve seen is nothing we’ve seen in our industry and frankly, other industries,â€ he said, adding that vehicles require dozens of semiconductor chips.

â€œWe’re seeing a historically low supply of days in every brand, whether it’s a leading import brand like Jaguar, Land Rover or Porsche or a national brand like Ford. “

Wyant said it’s to the point where if you want a new vehicle you could end up waiting three to four months or even until next spring to get it depending on the make.

â€œWe have very little ground supply, and you’re kind of faced with, if you want a vehicle and it’s on the ground and it’s not the right color, you better learn how to love the color that is on the ground or you â€I will wait a very long time.

Wyant added that the lack of production of new vehicles is having a widespread effect.

â€œThe availability of used vehicles or used cars and trucks is incredibly low, so when you don’t sell that many new ones, you don’t take as many trade-ins, you don’t have as many exchanges. ‘supply.

Something that Easy Rent Auto president Cal Thoen also addresses on the consumer side.

Although her company has not sold any of its fleets, it is struggling to buy new vehicles so that it can grow and serve more people.

â€œWell, the lack of new cars and it ranges from the brightest novelty to the oldest car still running. They’re all worth more because of it. This has put a damper on the market which will probably take two to five years to really recover, â€he said.

Lockwood added, â€œIt’s super frustrating because you miss out on a lot of rentals in a day that you can take care of. But I think Cal was really good at buying. We just got another one. You know, it’s a daily process of really trying to find more rides that work.

Do you have an idea for an article or a tip? Send us an email.