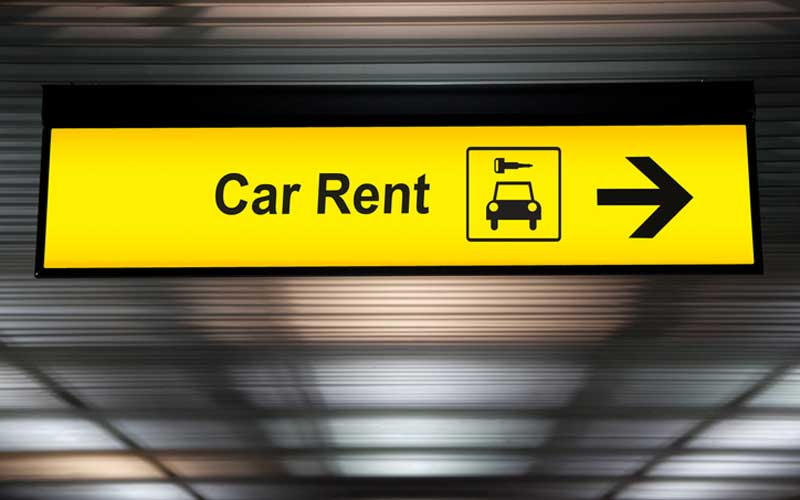 A survey conducted by the Independent Irish newspaper uncovered a major car rental scam to scam customers from overseas, including the United States, at Irish airports by certain car rental companies.

Donaghy said that since going public with his experiences of illegal car hire practices in Ireland, many people have also told him that they too have been scammed. IrishCentral has also received many other complaints going back years about certain car rental companies.

There is a common thread between the Irish Independent investigation and the cases sent to IrishCentral. People who leave the car at the airport are charged huge sums for scratches, tire bulges, broken taillights, which in many cases were pre-existing issues before the car was rented.

The Independent said customers were charged for the damage while the vehicles were not repaired by car rental companies.

Here is American businessman Patrick J. Donaghy’s account of three negative experiences he had with Hertz and Avis.

“Our first bad experience was a car hired through Hertz at Cork Airport on March 16, 2015 and returned to Dublin Airport on March 22, 2015. An employee did the inspection at the Returns Centre. She found a very superficial scratch approximately 6 inches long on the passenger side of the car. After trying to figure out what she was talking about, I heard “bad scratch” and they were going to withhold 1000 euros in damages, which they did.

“After a few months of discussion with Chase Bank, they came back to inform me that the settlement was €660 for the scratch. As it was not in the paint, it would probably require a 5 minute polishing job.

“Episode 2 – 9th August 2018 I traveled to Ireland for my sister’s funeral and hired a car at Dublin Airport through Hertz, returned on Tuesday 14th August 2018. Inspection was done by the employee. He immediately walked over to the front passenger side tire. and mumbled something and told me there was a bubble on the tire, which I couldn’t see. Again, they went through the same bs and this time they were holding 780. We went through the same aggravating process with the Chase visa but this time no change in the settlement, they already paid the full amount to Hertz.

“Episode 3 – 1st January 2019 I traveled to Ireland for my brother in law’s funeral. Hired by Avis at Dublin Airport. On hire the clerk said he would withhold €3000 against any damages that may occur. Returned the car on Friday 4th January 2019. Again a very aggressive employee who again walked straight to the passenger side front wheel, got down on one knee to inspect the rim and found a one inch scratch Luckily this time we were prepared and had taken pictures of the car and the wheels so we were able to show him that the rim had already been damaged and of course he immediately asked for see the dates of the photos We were able to show that it was the morning of the rental.

“It bothered me that they might be getting away with all the Irish American tenants and that could be a massive amount of money. I believe these workers are paid by bounties on every person they can rip off.”

The Irish Independent report is very similar. Car rental companies charge different customers hundreds of euros for the same pre-existing damage, despite not actually repairing the vehicles, Independent.ie has found.

Some drivers revealed that they had been made to pay for the damage when the vehicles already had damage which was never repaired and continued to be rented out.

A couple, from Yorkshire in the UK, were made to pay over $800 (€700) for wheel scuffs and scratches to the front bumper.

“It really left a sour taste in our mouths…it’s just upsetting because we’re moving here soon and friends will be coming to visit and I don’t want them to have similar experiences or get this negative view of Ireland when it’s a wonderful country,” Diane Maguire told Independent.ie. The Independent said that when contacted for comment, the car hire company said it had now decided to give the Maguires a full refund.

“After re-reviewing this specific case, we noticed an error in our inspection process that resulted in this customer being charged more than they should have for this damage,” a spokesperson said.

“The customer has since been contacted and we have offered our sincere apologies and a full refund.”

An expert source from the car rental company told the Independent that such scams are common.

“In short, car rental companies that charge for damage to alloys and dents, don’t even repair the damage or pay for the repair. The contract they have, depending on the agreement they have, provides usually compensation for damages up to €500,” the source said.

“So for example when you or someone before you scratches a bumper and two alloy wheels, the car rental company charges you €600 for the damage, they don’t fix it and at the end of the lease , the car comes back in. The auto company then argues that the damage is more than the €500 compensation and the automaker argues that it’s less and they end up not having to pay at all the repair despite charging multiple people to repair the damage over the life of the car as a rental car,” they added. 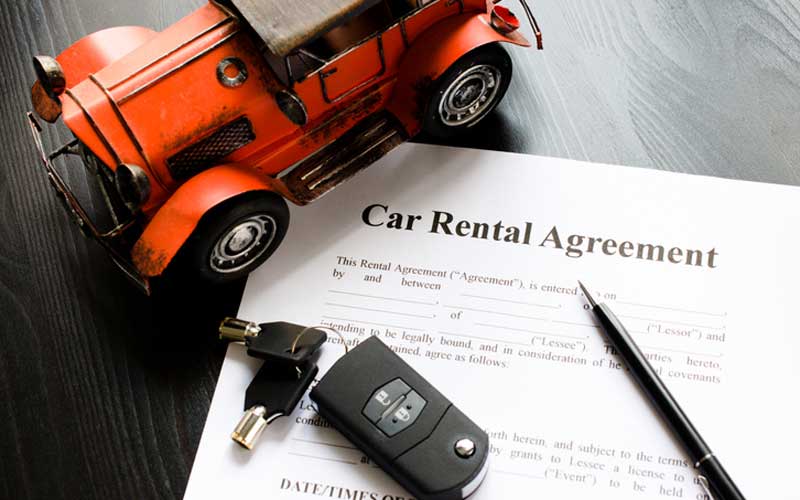 Stuart Summerfield, from Co Sligo, had a similar bad experience. The Independent said: ‘The company held £1,205 on their credit card because they claimed there was a gash in the driver’s door of the Peugeot 108.

However, photos provided by Summerfield showed no visible damage.
The engineer’s report gave no description of the damage, but said the cost of repairs would be $1,447 (£1,126) and said the alleged damage made the vehicle unsuitable for rental.

Despite this, Summerfield learned that the company continued to lease the car.

He has since rented vehicles from other providers and had “no problems at all”.

The independent report noted that the Irish Competition and Consumer Protection Commission received up to 200 contacts regarding car rental issues in 2018.

A number of those contacts had encountered difficulties with what appeared to be pre-existing issues with their cars, a CCPC spokesperson said.

A spokesperson for one of the rental companies contacted for comment said they take the allegations “very seriously”.

“We have robust processes and procedures in place to ensure customers are only charged for the damage they cause.

“In the rare event that a customer has been wrongly charged due to an administrative error, we immediately refund the charge. Our company prides itself on excellent customer service and has been recognized globally for the quality of service we provide to our clients.”

He encouraged consumers to highlight their experiences with the Car Rental Council of Ireland, which is the representative trade organization for the car rental industry.

“The European Commission and national consumer protection authorities have also agreed to continue to monitor the car rental sector closely.”

Had a bad experience with car rental in Ireland? Let us know. Email [email protected]