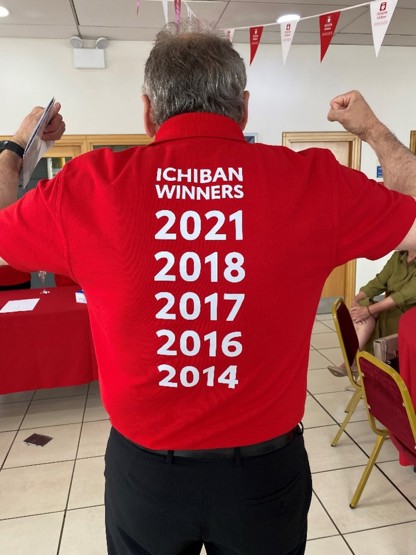 Burrows Toyota in Barnsley held a party in its showroom to celebrate its fifth Toyota Ichiban award.

The Toyota Ichiban Award is given annually to recognize Toyota dealerships that provide exceptional customer service. A total of 47 retailers in 32 European countries are selected for the title each year.

Burrows Barnsley was one of three UK dealerships to receive a trophy this year. Ron Brooks Toyota in Ilkeston and John Roe Toyota in Grimsby were also recognized.

Steve Burrows, Managing Director of Burrows Motor Company, said, “Customer satisfaction is at the heart of everything we do. Winning the Ichiban Award for the first time in 2014 was therefore one of the proudest moments of my career. To be recognized for the fifth time in 2022 is an outstanding achievement by the team at Burrows Toyota in Barnsley. »

The retailer’s celebratory event took place on July 1 at its Barnsley showroom. Loyal customers, employees and their families, charities and local organizations they support, and senior executives from Toyota GB attended the event.

During the celebration, Agustin Martin, Chairman and Managing Director and Head of UK Operations at Toyota GB, presented each member of the Burrows team with an Ichiban pin.

He said: “Ichiban is a highly prestigious award within the Toyota family, identifying the ‘best of the best’ retailers in Europe for excellence in customer satisfaction. Burrows Barnsley is one of 47 European winners this year, making it their fifth Ichiban victory.

“Winning once is a great achievement; winning five times is simply exceptional! It was a pleasure to celebrate with the Burrows Barnsley team at their celebration event last week. Each of the team members should be incredibly proud of their achievement.

The name Ichiban comes from the Japanese “okyakusama ichiban”, which means “customer first”.

Burrows Toyota Barnsley has previously won the Ichiban Award in 2018, 2017, 2016 and 2014. It is the only Toyota dealership to have won the award five times.

It finished behind sister brands Lexus and Kia as retailers were asked to give their partner brand an “overall” rating, attracting a score of 8.9 out of 10.