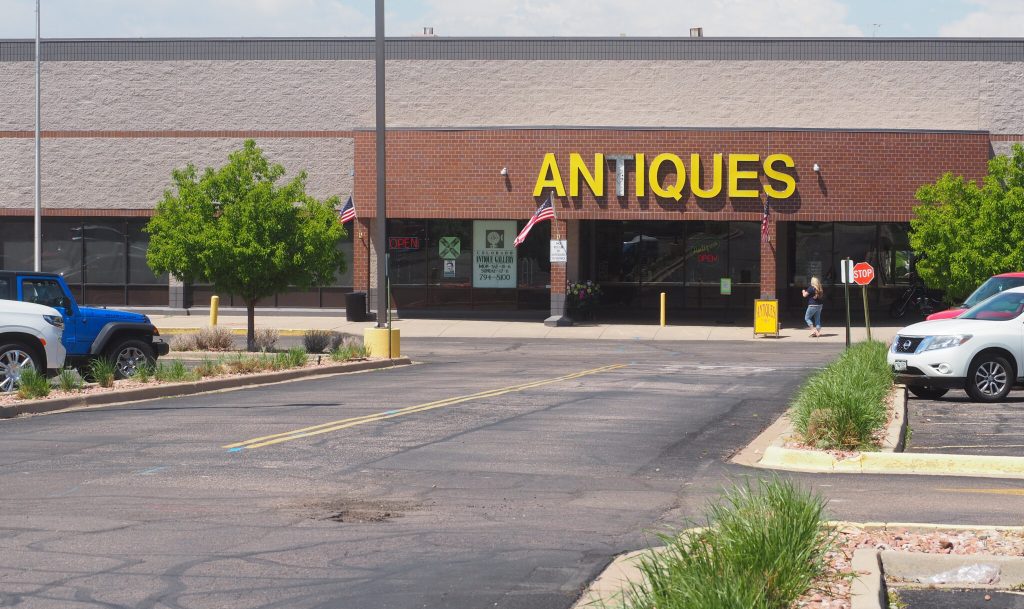 AutoNation has purchased a shopping center along Broadway in Littleton, but the largest tenant will remain there.

The main building in Broadway Square, set back from the street, is anchored by Colorado Antique Mall, which rents 52,000 square feet, according to its owner. There are also three independent buildings along the street.

AutoNation did not respond to requests for comment on the purchase. But the company is considering converting one of the stand-alone buildings, which currently houses a cabinetry, into a sales office, according to plans submitted to the town of Littleton. It will then fill many of the complex’s parking spaces with cars for sale.

Broadway Square is next to an AutoNation dealership that sells Chryslers and Jeeps. And there are several other dealers in the blocks.

The Colorado Antique Mall, which has been on Broadway Square since its inception in 1992, will continue to operate. Owner Chris Rodriguez, who bought the business in 2012, said he has a lease that runs until 2030.

â€œWe’re still going to have enough (spaces) to fend for ourselves,â€ he said of the parking situation.

As for other Broadway Square tenants, which include separate stores selling coins and koi carp, Rodriguez said their futures vary. The one that remains is the Sipp Soda Bar, which occupies one of the independent buildings across the street. The cabinet store in the building AutoNation takes is moving, he said.

The property was sold by Denver-based Sidford Capital, which paid it $ 7 million in 2016, according to the records. The company owns other retail properties in the metro area, including the original Quiznos at 13th and Grant in Cape Hill.

Andrew Lay, a partner at Sidford Capital, said Broadway Square was originally built for Safeway, although the grocer never moved in. Sidford bought the property because its rental yield was attractive, he said, but also thought the size of the land suggested there might be an opportunity for a typical outing.

Sidford, meanwhile, was recently on the buying side in a separate deal. The company paid $ 3.65 million for the Grant Square shopping center at the corner of 104th Avenue and Grant Street in Thornton, according to records.